Season Of Snake Invasion: Another Man Discovers Huge Snake In His WC In Lagos | VIdeo 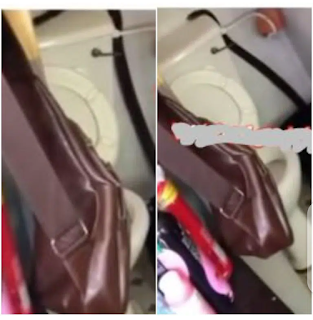 There seems to be a recurring case of snake invasions after another man discovered a snake in his water closed at his apartment in Mary land Lagos.

A video making rounds on social media, captured the moment the snake was seen moving around the toilet trying to find its way out of the toilet.

The yet-to-be-identified man noted that he lived close to the canal and had found the snake on the floor of his toilet.

Sharing the video, he captioned; ‘This happened yesterday I live close to a canal in Maryland, Lagos. My apartment is on the ground floor. Thank God I observed its movement from the bucket.’.

READ ALSO :- “I’m so happy My wife cheated with a married man and his Wife beat her up (Photos)

Over the past few days, there have been cases of snakes invading homes of individuals killing some and leaving others injured. This is amongst one of such cases.

Watch the video below.

Meanwhile, a Nigerian lady in Abuja was recently reportedly died after she was bitten by a huge snake in her Abuja home.