Man refuses to continue sex with girlfriend, reasoning that heaven is the goal 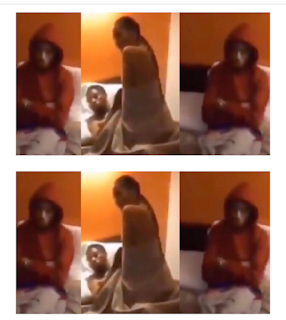 The unidentified man broke the ‘brother code by deciding not to leave the room for his roommate as it was expected of him to act like a gentleman and excuse them if he was discerning enough.

In what appeared as envy, the was laid on his bed whilst watching the activity going on at his side as the video that captured the altercation between the three saw the lady on top of the man giving him a ride.

Perhaps the guy was tired of always having to walk out of the room anytime his girlfriend visits his roommate as they would have to knack each other at every visit so he decided to stand on his grounds this time and remain in the room regardless of the insults the roommate’s girlfriend hurled at him.