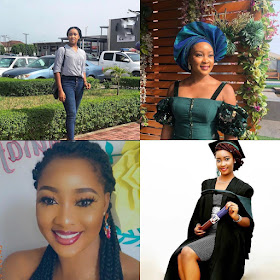 On Monday morning, Onyinye Enekwe, a graduate of the Nnamdi Azikwe University, left for Ikoyi where she worked as second personal assistant to Femi Osibona, owner of Fourscore Homes.
Chinedu Enekwe, her cousin, said she joined Fourscore Homes the week before.
Around 2pm on Monday, the building collapsed, with Onyinye and several others still trapped in the rubble as of Wednesday afternoon.
According to Chinedu, the family has heard nothing from Onyinye since the building collapsed.
“She left her elder sister’s house around 6am for work on that day,”
A 26-year-old lady, Onyinye Enekwe, is among those who lost their lives, in the 21-storey building that collapsed on Monday, November 1, in Ikoyi area of Lagos State.
The deceased, whose wedding is slated for next month, was employed to work as a personal assistant, just few days before the unfortunate incident occurred.
According to a source, “Oyin is one of the people that was trapped in the collapsed building.
She was employed to work as a personal assistant for the developer, Femi Osibona, and she resumed work on Friday, October 29, 2021, she has not collected any salary from this employment. She lived at Ago palace way, Okoya, they offered her accommodation in Ikoyi because of the distance and also, a monthly salary of N150k.
Her wedding is coming on this December, her family has even given the husband’s family their list.
As of Wednesday, the death toll had risen to 22, while nine persons have been rescued.