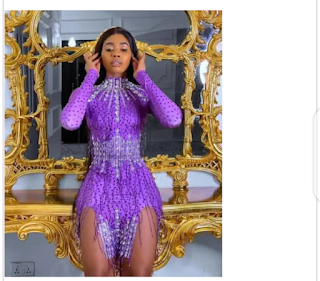 The woman in the centre of the storm, Jane Mena seems not to be bothered about what is flying on the media about her.

The Instagram twerker has been a subject of discussion following a leaked audio allegedly from Prince Kpokpogri, exposing how they had different styles of intercourse on multiple occasions.

The married Jane Mena, hasn’t come out to dispute the leaked audio, she only closed her comments section when the heat was too much.

But in a recent post today October 18, she shared a video, doing what she knows how to do best, ‘Twerking’.

Jane was filmed twerking, while promoting a song, in the midst of some guys playing football and also opened her comment section. She captioned it;