In what might strike some as a surprise but not so much for many others, reality TV star, Angel B Smith has revealed that she owns no single piece of brassiere. 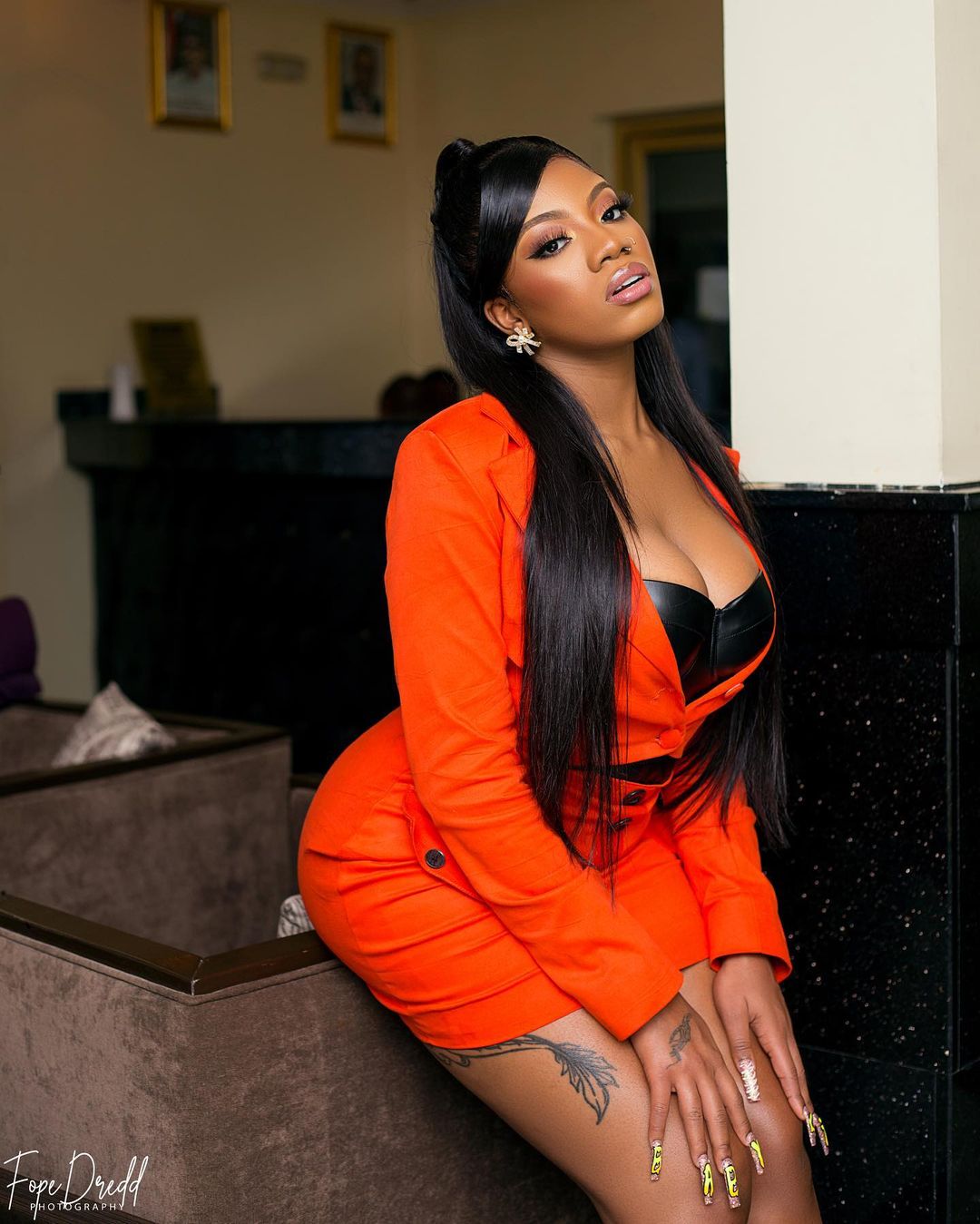 When it comes to dressing, Angel was no doubt one of, if not the most controversial female housemate right from the moment she was announced on stage as one of housemates for the sixth edition, where she donned a rather revealing outfit that became a trending topic of discussion the very night she made it into the house.

Subsequently, during her time in the Big Brother house, she would go on to rocked quite revealing outfits that exposed most of her body and at a time, viewers wondered if being that much revealing was part of her strategy in the house.

Its apparent that in retrospect, the 21-year-old barely put on a bra whether she was performing a Big Brother task, playing games, fighting, cooking or doing most of the things she did in the house… to this end, she says it has to do with her owning not a single piece of the undergarment.

In a recent interview aired by Showmax, she gives this revelation as she talks about other things, like her entanglements with some of the housemates and where she stands with Cross.