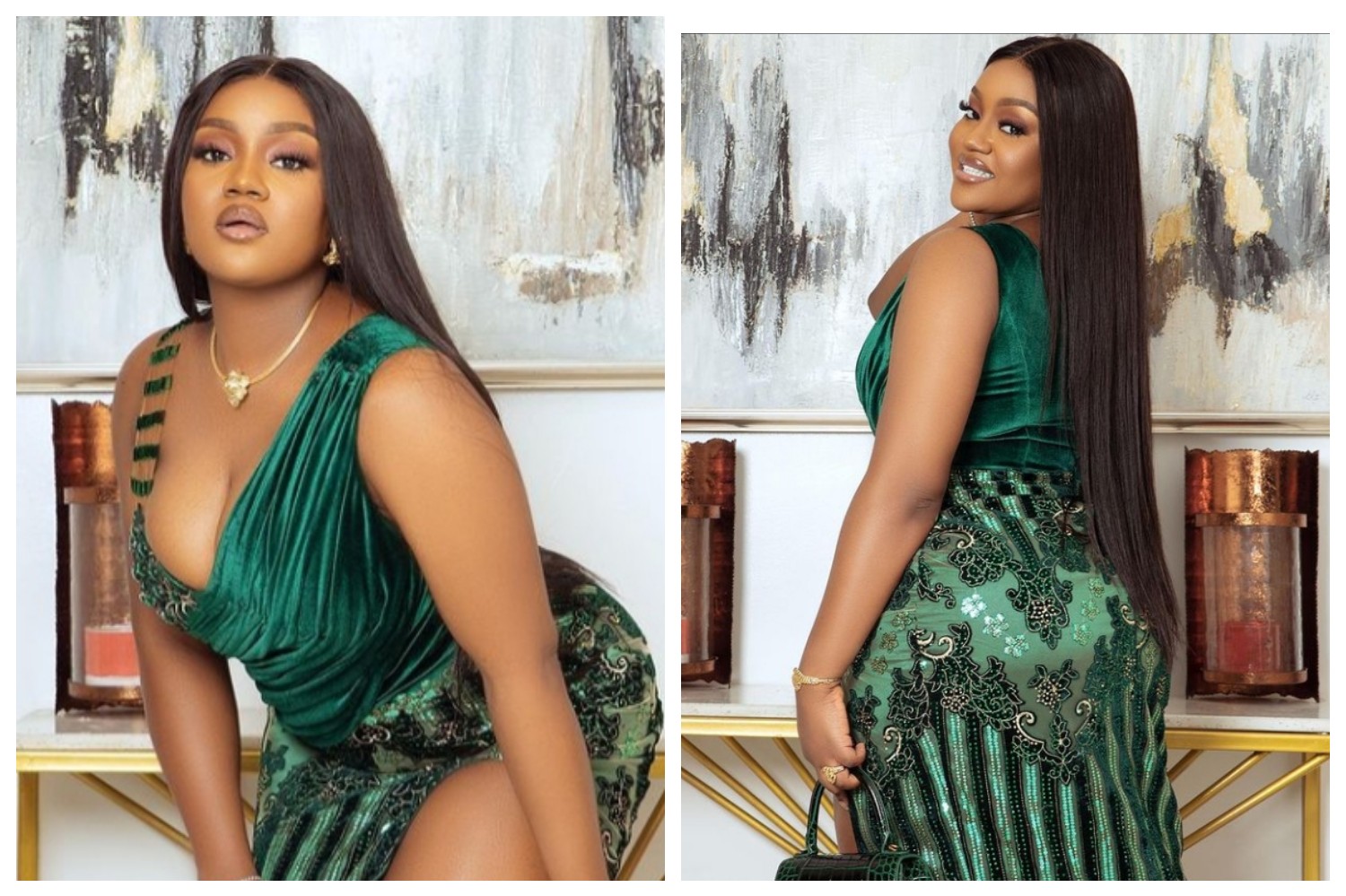 Social media fans and followers of singer Davido’s Babymama, Chioma, have stormed her Instagram account to react to her new photos.

Chioma, who was a guest during the wedding of popular comedian Craze Clown and his wife, Jojowigs, shared some photos of her outfit at the event, and it was stunning.

The photos have received reactions from celebrities as well as fans, with many describing her as a good wife material.

Chioma and Davido have been silent on their relationship, and there are no details on whether they are still together or not.

Recall that in 2019 and early 2020, Davido had dropped hints on getting married to Chioma as he even sang a song “Assurance” featuring her, however to date, nothing has been said about the wedding.

Chioma has a son for Davido named Ifeanyi Adeleke.